The universe is always working in funny ways. Its always flowing, creating, influencing. What goes around comes around is not just a common saying or a famous song, but rather a staple principle that is always working to bring a sense of equality or support back to those who recognise and respect it. Its not about an eye for an eye or about giving and taking. It’s about giving and giving back and being grateful. I try to live by my life motto – infinite love and gratitude – this doesn’t mean having to be in favour or to try to love and be happy with everybody in the world, it simply means to respect and be grateful for the things that make you happy and fullfill you. You dont have to like everyone or make them happy, just treat them decently, like an equal human being and I think you should be allowed to expect the same from others. You also dont need to be loved by all that are in your life, but being respected and treated equally is important.

I do have to admit though, holding up these ideals everyday can at times, be very challenging and I struggle. I think injustice is frustrating and hurtful and is very hard to deal with. I reject it and I feel like I have to defend myself when someone is directing their unjust views at me. I think it terribly unfair when people disregard how their words make others feel. My instict when I’m hurt by someone’s words is immediatly to fight back and defend, but sometimes I have to realise that there isn’t much point is putting so much energy into defense when you know it’s not going to change the other person.

I experienced an injustice towards myself recently, which I found to be keeping me in a foul mood for much longer than it should have. It was hard for me to let go of it and a struggle to not allow it to cloud my judgement towards my actions. Interestingly enough, it seems I was actually in favour of the universe this week and something happened to me that made me realise that I was angry about something that was ultimately so small and insignificant. There is always something working underneath that will surface at the perfect time and take away the frustrations and open you up to something more important and insightful.

Yesterday morning, while I was setting up our chairs at work outside in the sun huffing and puffing, an old man caught my eye. He was bent over staring at the ground, sort of shuffling around slowly. I thought it rather odd until I realised he was collecting the fallen chestnuts that were scattered all around him on the ground. He shuffled closer and closer until he reached the entrance to our beer garden, but saw me working and thought otherwise. Without quite knowing why, I just immediately started to search and pick up the best looking chestnuts I could find inside our garden. I raced after him, who was now joined by his wife, whom also toted a bag of fallen chestnuts. “Excuse me, hello, I found these in our beer garden, please take them!” I offered him my handfull of chestnuts, which they both accepted graciously. I wished them a happy day and went about my work when the old man approched me, with a little book in his hand. “I would like to give you this, a small pocket bible with the New Testament and Psalms inside, as an exchange for your gift.” I assured him I was just happy to help collect chestnuts but he wanted to give me a small book that held one of the worlds greatest belief systems. Frankly I’m not particularly interested in any kind of religion so the book itself held no weight with me, but it was more the act of his exchange with something that obviously meant something to him, that really stuck with me. So I took the small book from him and thanked him and he and his wife shuffled away around the corner, I like to believe, on their way to the next chestnut tree.

How interesting that such an exchange could make me feel like an equal again. That little book stayed in my pocket all day as a little reminder, not that God is looking after me, but that the universe is working in my favour and what goes around comes back around.

I’m so happy for this experience no matter how small the exchange seemed, it carries a deeper meaning to me, and is something that I think I will remember for a very long time.

A young dreamer. View all posts by lily e saville 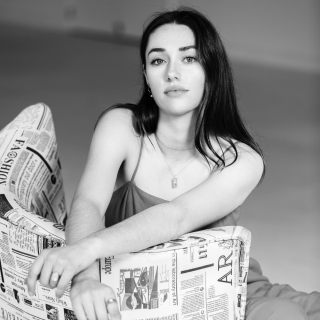